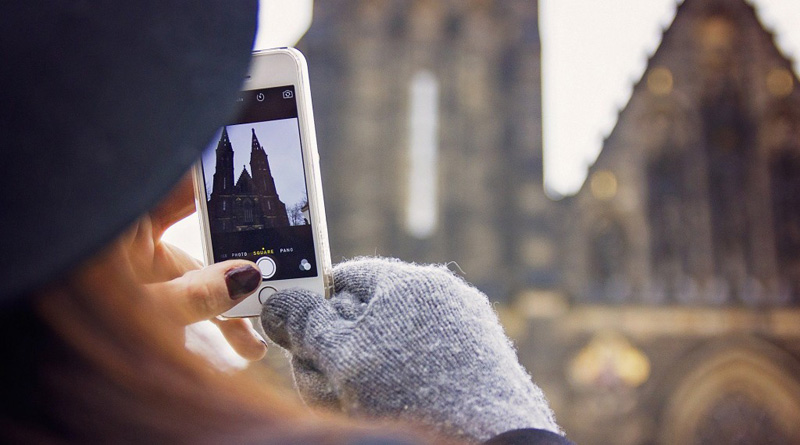 First announced on the cryptography mailing list in 2008, Bitcoin was the embodiment of a decade-old cypherpunk vision. A digital currency not controlled by any government, bank, or company existed in the hearts and minds of hackers and cryptographers long before most even considered the concept viable.

Since its launch in 2009, Bitcoin ignited a new industry, with interest reaching far beyond the small group of ideologues. Its blockchain technology today even serves as an inspiration for the very governments, banks, and companies the pioneering cryptocurrency was designed to subvert.

The third annual edition of the Hackers Congress Paralelní Polis (HCPP16), set to start this Friday, September 30, in Prague, will remember Bitcoin’s roots. The three-day gathering in the markedly black Paralelní Polis building will bring together cypherpunks and crypto-anarchists from around the Czech Republic, Europe and the rest of the world.

HCPP16 is very much a product of its hosting location, Paralelní Polis. What kind of place is this?

Martin: Paralelni Polis is a state-free NGO started by local guerrilla artist group Ztohoven and the Slovak hacker-space ProgressBar. It’s a space for the promotion of ideas and technologies that give people more freedom online — mainly the tools of cryptography and cryptocurrencies.

Pavol: Paralelní Polis is named after the original ideas of Czech Cold War era political thinker and dissident, Václav Benda, about parallel, underground societies. We are mostly voluntaryists or anarchists who believe that Benda’s vision can be achieved on the internet with crypto-anarchist technologies.

Martin: Simply put, crypto-anarchy is the idea that people can govern and organize themselves without governments, by using the tools of cryptography, cryptocurrencies and other means of decentralization.

Pavol: With these tools, we can build a more effective, a more free and a more voluntary society. We can, for example, have access to fully decentralized anonymous cryptomarkets with stronger reputation and escrow services, where everything is 30 to 50 percent cheaper than in the markets regulated and taxed by governments.

And we don’t even need the acceptance of a majority of people or politicians. Human nature — the fact that people primarily prefer to suit their individual needs — can ensure that no one will be willing to pay government tax in the virtual internet world. Crypto-anarchists can demonstrate how the current political systems based on coercion — taxes — could collapse.

And you believe that would be a good thing?

Pavol: Our current society is just too complex and global to be hierarchical with authoritative governments. Too complex to follow and enforce monolithic laws and regulations for so many heterogeneous people.

If we want to keep our complex society free, we believe this can be achieved only in a fully decentralized, peer-to-peer and mutually voluntary way. All other solutions will probably end up in some kind of totalitarian world.

Pavol: Yes, Jim Bell’s Assassination Politics is probably the best known of these. Though, despite the fact this is technically feasible, there is no evidence this concept has been ever been applied.

I think and believe that the benefits of crypto-anarchy will overcome their negative impact. Like the internet, which also offers a huge playground for pedophiles, Satanists, Nazis and terrorists… No one wants to ban the internet just because of this.

And if you don’t do evil, don’t intervene to the other people’s lives, other people shouldn’t be motivated to contribute to your death. Some dark crypto-anarchists even argue that, if there was crypto-anarchy 100 hundred years ago, we would never have people like Hitler, Stalin and other crazy dictators rise to power… We wouldn’t have had world wars… and maybe in some way they are right.

But what’s most important to realize — despite all negative consequences of crypto-anarchy — it cannot be stopped now. It’s here and people have to cope with that.

How will the Hackers Congress Paralelní Polis bring forth crypto-anarchist ideas?

Pavol: One of the speakers is Timothy C. May, the technical and political writer who probably coined the term “crypto-anarchy” inThe Crypto Anarchist Manifesto, as well as the phrase The Four Horsemen of the Infocalypse. As May’s crazy predictions and visions are now coming true, he will be reflecting on 30 years of crypto-anarchy.

Martin: Another very notable speaker is Paul Rosenberg, author of the crypto-anarchist bible:A Lodging of Wayfaring Men, and more recently the book,The Breaking Dawn. He is also founder ofCryptohippie which provides online privacy services, and he is author of the Freeman’s Perspective blog that invites readers “to see the world as it really is.” During the Hackers Congress, Paul will give a talk on “How To Evolve and Hack Your Soul.”

Pavol: And then there’s Smuggler, the author of the Second Realm Manifesto. And of course people like Sam Patterson, the father of OpenBazaar… Really, I personally consider all our speakers to be extraordinary in some way, with a strong respect for their work, and past or current activities.

Where does Bitcoin fit in all this?

Martin: Bitcoin enables the unregulated exchange of value on a global scale, which is something we didn’t have before and will have profound impact on a society. People will start doing things that they couldn’t do before, and organize themselves in novel communities and structures. I think there will a big restructuring of society. Governments, banks, and even other corporations as we know them will dissolve or change in a profound way.

Pavol: Bitcoin is not just about changing business and creating new commercial opportunities. We really do perceive Bitcoin as liberational tool that can change the whole society. And I think its inventor, Satoshi, perceived Bitcoin in a similar way.

While the Bitcoin-community was once perhaps dominated by this kind of revolutionary sentiment, you may be of a dying breed…

Pavol: I don’t think so at all. At least our HCPP conference is more and more popular every year, with still new crypto-anarchists joining and related projects starting.

Martin: I would agree that the crypto-anarchist sentiment is not as prevalent in the Bitcoin community these days as it used to be. But these strong ideas matter very much, even if they are lived by a only small part of the community. Because that is where the strongest innovators come from.

Is that what you’re seeing in Prague as well?

Martin: Bitcoin is doing great in the Czech Republic, and I am proud that most Czech Bitcoin companies are part of the community around Paralelní Polis. We have several Bitcoin companies with global impact like SatoshiLabs, the creator of the first hardware wallet — Trezor — and the first ever mining pool: Slush’s Pool. There’s also General Bytes, a major Bitcoin ATM producer that’s also responsible for the Bitcoin payment system at the congress. And Prague itself is very active in bitcoin acceptance on the ground — according to Coinmap.org there are over 80 physical shops accepting bitcoin. That’s a lot for a city with just over 1 million citizens.

Reason enough to head over to Prague this weekend…

Pavol: There are a lot of Bitcoin conferences around the world, focused on blockchain, business, new technologies and that sort of stuff. But none of these reflect the radical political and technological ideas of how crypto and anonymization tools could significantly change our world. That’s what we are trying to do. It’s an underground Bitcoin conference, and probably the only one true crypto-anarchist conference on the planet.

Martin: And the reason the Congress is relatively long, is that it is also an informal yearly gathering of the world community around Paralelní Polis. We want to give old members as well as new members the chance to interact, inspire, network or just spend more time with each other and be friends.

Pavol: If you sympathize or believe in crypto-anarchist ideas, there is no better conference to visit than HCPP 2016.

The post Bitcoin Returns to Its Cypherpunk Roots: An Interview With Lupták and Sip of Hackers Congress Paralelní Polis