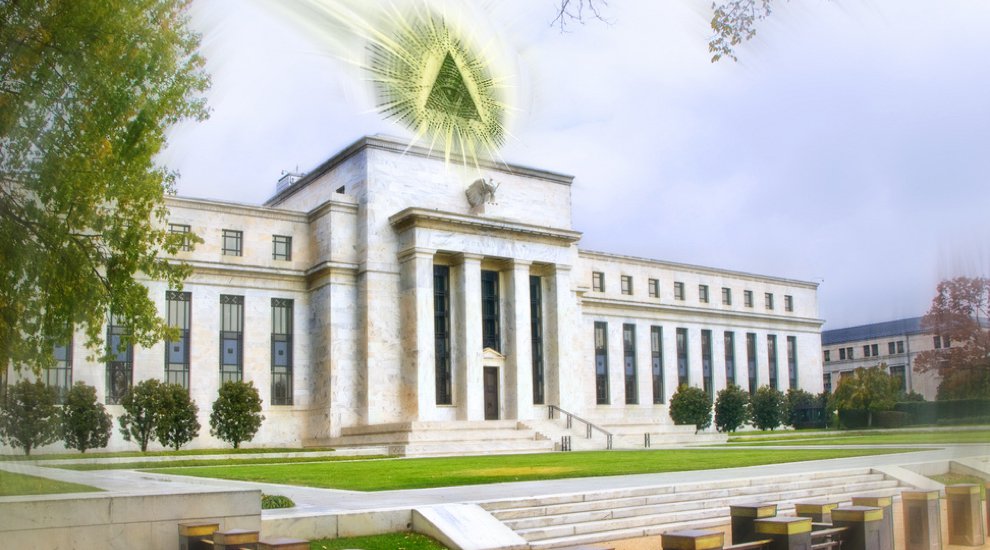 After the biggest money-printing episode in recorded human history, it appears that central bankers are realizing the limits of quantitative easing. The Federal Reserve (Fed) has indicated that they are planning to raise interest rates when it meets on September 20–21.

Federal Reserve Chair Janet Yellen suggested that September and December rate hikes are on the table. Some analysts expect the Federal Funds rate to increase by 0.50 percent by year end.

Apart from banks and insurance companies, rising rates are not generally welcomed. Non-financial corporates have gorged on free money to complete stock buybacks and M&A deals. Higher borrowing costs will be disastrous for their highly leveraged balance sheets. That is why equity indices react negatively to any hint that the punch bowl will be removed.

Bitcoin dances to the beat of the People’s Bank of China (PBOC). The PBOC is staring at a banking system collapse of epic proportions. The amount of credit extended in the past eight years dwarfs the amount extended during the U.S. subprime mortgage crisis by multiples.

Each day at 9:15 am Beijing time, the PBOC sets the USD-CNY onshore exchange rate. Since August 2015, any time the Fed has hinted at or raised rates, the PBOC has accelerated the devaluation of the Yuan. A devaluing Yuan signals that the global economy is not well, and deflation is being exported by the workshop of the world. That is not positive. As a result, during periods of Yuan depreciation, global equity markets fall.

Through quantitative easing, the Fed attempts to push American savers and corporates into the equity markets. Due to the lack of positive risk-adjusted and inflation-adjusted yielding assets, savers and corporates have responded correctly. The S&P 500 is at all-time nominal highs, and the U.S. equity market is one of the best performing globally since the global financial crisis of 2008.

Given that S&P 500 companies earn a significant portion of money internationally, a faltering China signals global malaise. As such, the index trades violently lower. A falling S&P 500 is what the Fed fears most. It forces the same savers and corporates to dump shares in favor of cash. This cash will sit in a bank account, and the demand for credit will fall.

After a sufficient fall in the S&P 500, the Fed typically relents and proclaims due to “market forces” the time just isn’t right for a rate hike. The PBOC then halts the devaluation, and the game continues into the next quarter.

Yellen’s Jackson Hole remarks in August were very hawkish. The rhetoric was subsequently backed up by various Fed governors during public speeches. The PBOC noticed and began weakening the Yuan toward 6.70.

If the hawkish rhetoric translates into action, the PBOC will allow onshore USD-CNY and offshore USD-CNH to trade much higher (the higher the level, the weaker the Yuan). Bitcoin reacts positively to a weaker Yuan.

The market believes that the Fed’s threats to raise rates are credible. Traders are attempting to front run the PBOC using offshore CNH to short the Yuan. In response, the PBOC has instructed state-owned Chinese banks to restrict lending of CNH in order to drive up the cost of funds. Anyone who wants to short CNH will usually borrow it from one of the large Chinese banks. If the interbank CNH rates become prohibitively expensive, shorts are forced to cover.

Watch USD-CNH: The PBOC has been defending 6.70 in the offshore market. If they allow that level to be breached, it means they are willing to tolerate a much weaker Yuan. Bitcoin will soar.

The best hope for a retaking of $700 and then $800 is for the Fed to raise rates next week. However, if the S&P 500 nosedives before the meeting, the Fed will not hike, and then all attention will shift to the December meeting.

This guest post will also appear on the BitMEX Blog. The views expressed are those of the author and not necessarily those ofBitcoin Magazine.