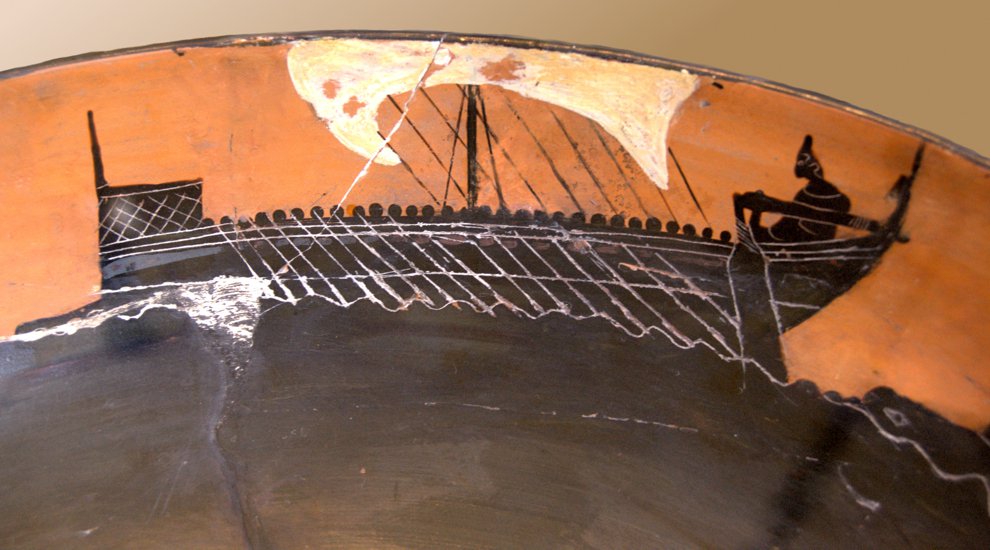 Imagine this scenario: Tom owes you money. Years later, Tom clones himself and claims the clone to be the real Tom, trying to write off all his debt to you. Tom the clone looks just like the original Tom, except for the memory. He doesn’t know you at all, let alone the debt. This would be unacceptable to you: You’d be furious and would probably want to take him to court.

Now we are seeing this sort of scenario in our crypto community with the Ethereum hard fork, which was met by many, not with anger but with compliments and commendations for being exemplary and kindhearted. By modifying Ethereum codes, the hard fork forcibly transferred all The DAO and child DAO funds to a certain refund contract address, on block height 1920000 for “retrieving” hacker-controlled DAO tokens.

Can we call it a success? The verdict depends on your position in a philosophical argument based on “The Ship of Theseus.” Plutarch describes a ship of this name that sails for hundreds of years while maintaining, repairing and replacing parts along the way. So when the time comes that every single piece of the ship is replaced at least once, can we call this ship the original Ship of Theseus? Further, if a new ship was built using all parts that were taken from the old Ship of Theseus, we would have two ships. Which one of these two is the real Ship of Theseus?

In real life, we don’t have this confusion. Our bodies are made of basic particles, and every single second from our birth the body keeps metabolizing: human skin will be updated every three weeks, liver cells take five months, while the most stable part, the bone tissues, updates every 10 years. All the cells in your body today are quite different from those of yesterday, almost totally different from those of a few years ago. But, people would say, you are yourself, the same person as that of a few years ago. Why?

Apparently, the essence of the matter is not about the tissue and structure, but its functionality and spatiotemporal continuity. The philosopher Laozi may have solved the puzzle of the Ship of Theseus in his Tao Te Ching 2,000 years ago: 埏埴以为器，当其无，有器之用。凿户牖以为室，当其无，有室之用。故有之以为利，无之以为用, which means that bowls made of argil are bowls because of the hollow in the middle (so it could function as a bowl); and a house with open windows is a house because of the hollow inside (so it could function as a house). This is to say, the tangible part, the materials, bring the potential for convenience, but not the function per se. The hollowness is the essence of the matter: its functionality. A bowl is a bowl for its function, not the material used (could be wood, paste, argil or metal). The Ship of Theseus, though with all its parts changed, is still carrying the same group of passengers. The passengers entered into a contract with the ship upon purchasing the ticket and boarding it. This contract will not be transferred to another ship as long as the ship is still functioning as the vehicle that transfers passengers from the departure port to the destination.

The Bitcoin codes today are quite different from those of  the original Satoshi client. But we never have had a recognition confusion. Why is that? Simple: We are still following the historical transaction data of Bitcoin. Since the genesis block, these transaction data are the passengers of the ship of the blockchain. The data was entered into a contract with the Bitcoin client, and it was never mutated.

However, the iteration of Bitcoin is completely different from that of the Ethereum hard fork. ETH built a new ship using the old parts taken from the Ship of Theseus, with DIFFERENT passengers, and yet it claims the new ship to be the real one. The original ship did not disappear as the devs wished; it is still sailing on its original course. Now we have two almost identical ships, except for the different passengers and maybe different future routes.

So which one is the real Ship of Theseus? It is utterly obvious. If we could liken soft forks to the metabolism of human body, a hard fork can be seen as its genetic cloning. Tom who lent you money seven years ago may have had his body cells changed, but he is still the same guy: the financial, social and remembered connections between you two still exist. But in the other scenario, Tom cloned himself and tried to transfer the debt to the clone, even though the clone has no memory of you or the debt: Why should you, the court and society recognize and accept that clone?

So, can we call ETH_HF a success? Yes, it is a success — a success at creating confusion. The saying goes you cannot fool everyone all of the time; there are already indications that this calling-white-black tactic is faltering. Since the hard fork, many have been asking, “If data on a blockchain cannot be mutated or reversed, and then what’s this? Why can Ethereum do this?”

To be clear, the computation power of the Ethereum blockchain is not as dramatic as that of Bitcoin, but the data of the Ethereum chain IS immutable. It’s just that they call the chain with the right data Ethereum Classic now.

Some may argue that the essence of proof-of-work is that computation is power. The longest chain comprises of the most workload, granting it legitimacy. ETH has far greater computation power than ETC, and the block height of the ETH is also far greater than the ETC. ETH is the legal chain.

This is another kind of sophistry. The proof-of-work gives the longest chain legitimacy; that is correct. But the prerequisite is that all the miners are mining in the same version. For example, if someone released a Bitcoin HF version in which the blocks generate every minute, then this new version will see a blockchain that significantly outpaces the original one. Wouold this scenario be considered legitimate?

The only legitimate way of modifying blockchain data is with a 51 percent attack. Can the Ethereum core devs do that? Certainly they cannot. However, they are good clone scientists. You can expect a second cloning since there’s been a first one. We now see two groups in the Ethereum community. This is like Conway’s Game of Life with cellular automation: gliders, for every four rounds, move to the right bottom by one. The cells become different, but the state remains the same. Glider guns keep releasing gliders one after another. This is a perfect simulation.

A final question: Can the official Ethereum team modify the blockchain? That will depend on the answer to these questions:

The post Ethereum vs Ethereum: Which Is the Ship of Theseus? appeared first on Bitcoin Magazine.