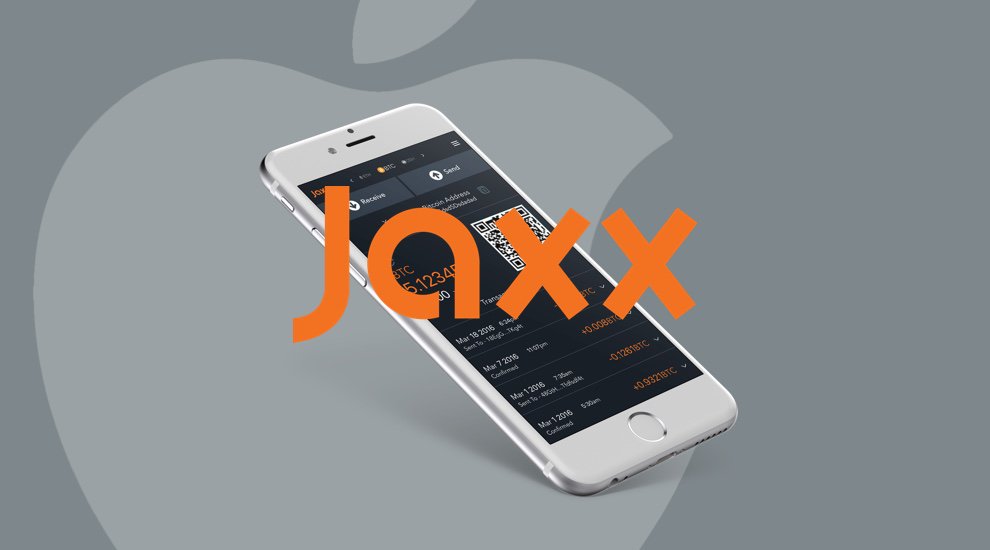 Less than a week after Jaxx was advised that Apple would not allow Dash to be integrated into its iOS app, the digital currency wallet is testing the waters again with the integration of Ethereum Classic (ETC). Currently the 6th most valuable blockchain token by market cap, Ethereum Classic is valued at $124 million.

“Millions of people across the world are beginning to take advantage of blockchain, a revolutionary technology with transformative power,” said Anthony Di Iorio, CEO of Jaxx. “The hard-forked version of Ethereum has already been approved by Apple and we hope that Apple will allow the addition of Ethereum Classic, especially given its wide array of developer support and steadily growing popularity.”

Like Dash, Ethereum Classic is now integrated into the other apps in Jaxx’s wallet suite including on Android, Mac OS, Windows and Linux, as well as in its Chrome and Firefox extensions. However, unlike Dash, there is still hope that Apple will approve its iOS integration for ETC shortly.

“Adding Ethereum Classic makes a lot of sense for Jaxx, a pro-technology, pro-blockchain wallet. After the successful integration of Dash last month and now ETC, Jaxx currently has five tokens fully supported. We’re proud to be among the first to embrace the future, multi-coin world.”

In an interview with Bitcoin Magazine, Di Iorio spoke about the news regarding Apple’s directive to remove Dash from its iOS app.

According to Coin Market Cap, Dash is the world’s eighth most popular digital currency by market cap. However, despite this, Apple has stated that they are only accepting six coins/tokens: Bitcoin, Ethereum, Dogecoin, Litecoin, DAO tokens and Ripple.

“When trying to ask for more information about the rationale behind the decision, they will not provide information on that,” Di Iorio said. “They would not say anything about why or why not and they are tight-lipped on that.”

After speaking with Apple developer support who confirmed Dash is not on their accepted list of digital currencies, Di Iorio added that Apple has given them until September 16 to remove Dash from the iOS version of the Jaxx wallet. It won’t affect any of their other platforms such as Android, tablet or mobile.

“It’s not a big deal to us, but it’s unfortunate to iOS users because as the technology advances very quickly, it’s very difficult for developers to know if things will be accepted or not and why,” said Di Iorio. “We don’t really know what the playing field is when we’re trying to apply to the iOS store and there doesn’t seem to be much rationale behind which coins to accept.”

Di Iorio said that he didn’t understand the basis behind Apple’s decision to accept DAO tokens, but not Dash.

“They didn’t even know anything about DAO until we put our app up because we were the first DAO wallet,” he stated. “I don’t know what their rationale behind it is and I don’t want to speculate, but I don’t know why it makes any difference to them what users are storing in their wallets.”

He went on to say that while it was an unfortunate turn of events, he hoped that Apple would provide a clearer statement as to why some coins are accepted and why some aren’t.

Before the issue with Apple, Di Iorio said it was an easy decision to support Dash. “The Dash community was very responsive and positive and very easy to work with. It’s a good community and it was a very good fit for us.”

Interestingly enough, Apple had initially approved and accepted Dash into its store. The timeline illustrates that Jaxx had prepared their first application to add Dash to Apple on August 12. After several updates, it wasn’t until August 22 that it was ready for sale.

However, Di Iorio says that Apple ended up calling him a few days later to inform him that the addition of Dash had been a mistake and that it could have to be removed.

This isn’t the first time, though, that Apple has taken a stance against digital currencies. In 2014, it took action against bitcoin, but after a backlash from the digital currency community, Apple later reversed its position and reinstated the bitcoin wallet in the Apple store.

Bringing the Community Together

According to Di Iorio, the main thing is to bring the blockchain community together and to provide an interface for that community.