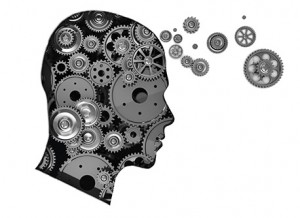 I believe we are entering a new phase in the blockchain’s evolution, dominated by business and entrepreneurial drivers, rather than technological developments.

Since 2009, and up to this day, much of the conversation and efforts around the blockchain market have been centered by or framed around the technological aspects of it.

More than a year ago, I noted that the blockchain is 80% business and 20% technology. But we were not there yet, in terms of seeing 80% of the activity swaying to the business side.

Technologists have done a lot already for blockchains. They have been driving the agenda, and have taken us on some interesting discussions and learnings: consensus based transactions instead of database commits, proof of work versus proof of stake, code as law or not, smart contracts as the new programming, block sizes debates, decentralized governance, cryptocurrency and wallets, etc. But we need to change the balance of the conversation.

Going forward, the technology groups should start to get inspired by the business community. It is now time to see more businesses and entrepreneurs innovating further, and let the technologists follow their lead and stir the technology in the direction of market needs, while focusing their research and development against its applicability.

What the industry has not done a good job at, is discerning the differences in ideas between science fiction, research, experiments, speculations or products that can work.

We still need the scientists to keep pushing the research envelope on blockchain technologies, but we can’t skip going from science to implementation without passing through the trials and tribulations of experimentations, testing, piloting, and required iterations.

Technologists can lead up to a point, then they become hostage of their own limitations or infinite discussions. There will always be many ways to solve a particular technical challenge, then so what? Pick one. Technology is known to have limitations. Businesses can be flexible in implementing, as they can adapt while they adopt.

A few cases from recent industry developments that validate the shift from technology to business:

I’m not saying that technology is not going to be important, nor that we are done innovating at the infrastructure and base capabilities layers. But now is the time to start accelerating along: 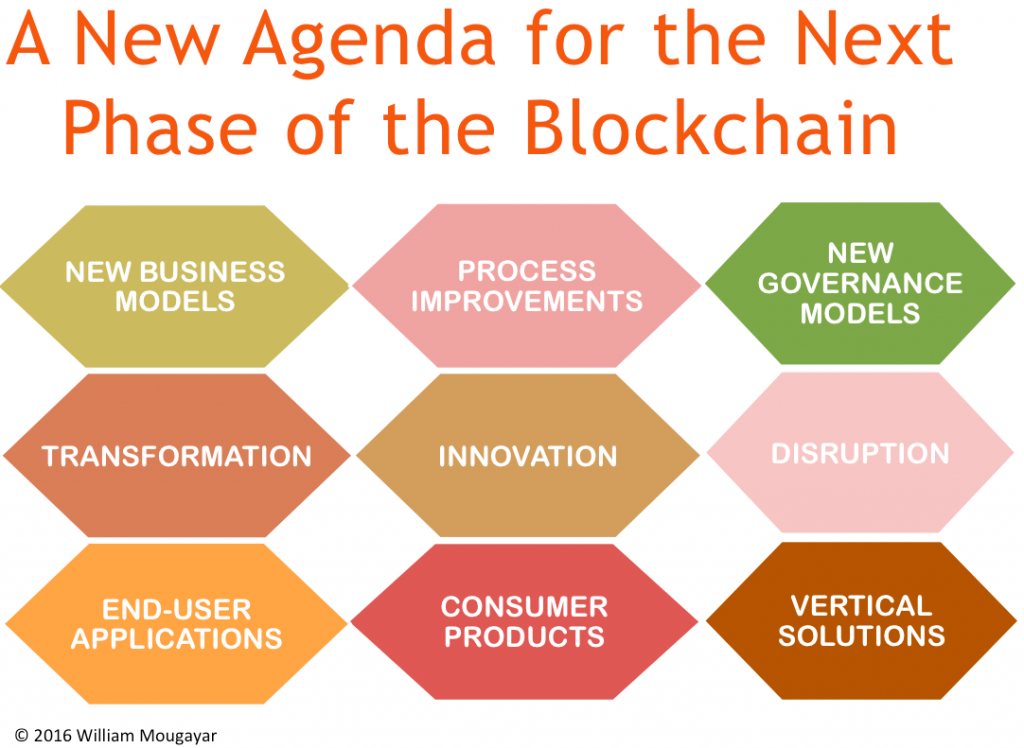 Whether you are inside a large organization, or an emerging startup, if your blockchain activities are not generating concrete results along the above list of challenges, you may be spinning your wheels. More working examples in these areas need to emerge now.

We need to see more end-to-end implementations and less proof-of-concepts that get abandoned. We need to see more regulatory sandboxes that prove we can safely alter some compliance and record-keeping requirements and benefit from these changes.

Within my circles, I am seeing business executives who have gotten it, now embarking on more ambitious blockchain projects, because they know their businesses and are figuring out where the blockchain fits. I am also seeing entrepreneurs coming from traditional industries and businesses who were bitten by the blockchain bug, and becoming passionate about applying it to their own areas with a refreshing amount of creativity.

In addition, we have barely scratched the surface in exploring how cryptocurrency tokens can enable new business model innovations, where I believe, the number of opportunities are limitless, and around the corner.

We need to start thinking beyond infrastructure and protocols, into their applications and with a solutions mind-set.

Business vision and understanding will win the blockchain. At some point in time, the technology nuances won’t matter much. Those that can understand how to apply the technology will be ahead and win. You need to plant the seeds now.