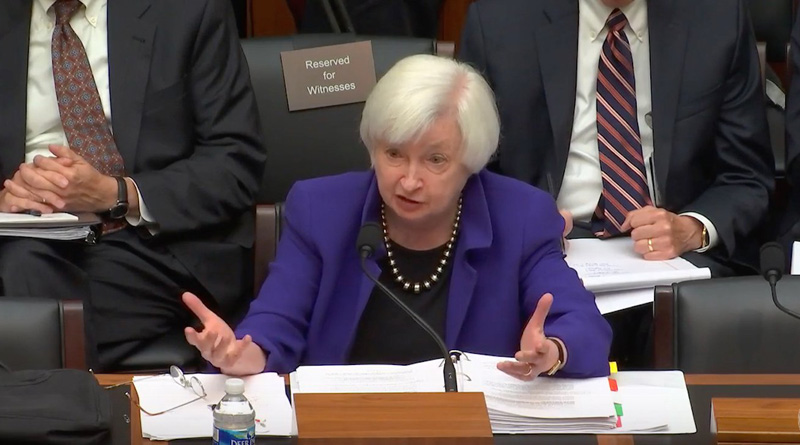 During an appearance before a House of Representatives committee hearing today, Federal Reserve chairwoman Janet Yellen remarked that the US central bank is “trying to understand” financial technologies like cryptocurrencies and blockchain.

Yellen was speaking before the Committee on Financial Services, during which she was asked by Rep. Mick Mulvaney about the Fed’s position on cryptocurrencies and whether it investigating internal applications of blockchain.

While Yellen said that the Fed wasn’t doing so, she did indicate that the US central bank was pursuing lines of inquiry within the broader context of fintech. However, she did remark that blockchain tech could have a major impact on payments and banking in the future.

“It could have very significant implications for the payments system and the conduct of business. We want to foster innovation. I think innovation using these technologies could be extremely helpful and bring benefits to society.”

Yellen went on to say that “we’re simply trying to understand the nature” of fintech, adding that the Fed wasn’t currently pursuing any kind of rule-making process at this time. The comments come more than two years after Yellen first indicated that the Fed wouldn’t move to regulate bitcoin and other digital currencies.

The remarks come amid growing momentum around blockchain in Washington, DC. This week saw the formation of a congressional caucus dedicated to the technology, as well as the establishment of an information hub co-founded by the Chamber of Digital Commerce and DC-based incubator 1776.

A recording of Yellen’s testimony can be found below – comments begin at the 2:29:18 mark.