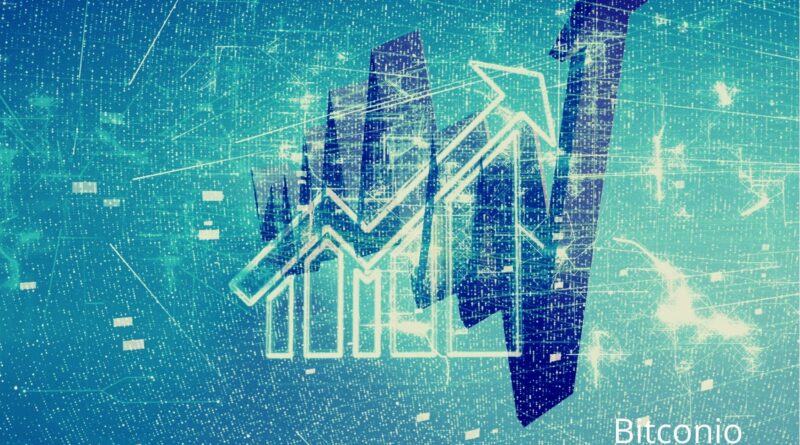 While Ethereum has consolidated its leadership in the crypto sphere, thanks to its network effect and one of the largest communities in the crypto landscape, new competitors are appearing on the horizon undermining the primacy and trying to grab a slice of the market worth almost $2 Trillion, What are or what could be the Ethereum competitors 2002, let’s see and try to analyze the most interesting projects and those with exponential growth prospects for the year 2022

Ethereum competitors 2022 are over 100 different Layer-1 blockchains competing against each other and although at least 50% of the total market capital is firmly in the hands of BTC and ETH, new entrants are mainly focused on mitigating the weaknesses of Ethereum: Smart Contract, scalability, transaction costs.

In Ethereum, transactions require “gas” paid in Eth, the more effort required to calculate the EVM, the more gas you need, the more ETH you have to pay for the transaction.

Although it is a candidate to compete with the world of finance, thanks to DeFi and all the crypto financial products that have been able to create a new vision and an economic paradigm, ethereum continues to be slow and the 20 transactions per second are still not enough to promote it as an antagonist tool to Visa or Mastercard or just compared to some other cryptos.

Currently, transactions in ETH have an average confirmation time of 5 minutes, but as soon as Ethereum 2.0 arrives, you can have up to 24,000 transactions/s, thanks to sharding that will break the chain into smaller “fragments”.

What are or what could be the Ethereum competitors 2022, let’s see and try to analyze the most interesting projects.

Ethereum competitors 2022 will be backed by a new consensus algorithm, Proof-Of-Stake, probably the best solution for cryptocurrencies to “scale”, in fact this will result in the elimination of miners and the loss of the entire “industry” that supports/justifies the value of the currency. Like gold, Bitcoin and Ethereum are expensive, to some extent, precisely because they are difficult to obtain.

Ethereum is only programmed in Solidity, a highly specialized language that not many companies and institutions are familiar with, however solidity has definitely been revolutionary, it has proven that the blockchain can store much more than monetary transfers.

However, its semantics have issues that reflect the fact that the state of contracts is stored (persistently) in the blockchain (storage), allowing for the definition of dangerous and vulnerable SCs, the cause of its re-entrancy problem, which led to the infamous 2016 DAO attack for example, draining $50 million from an Ethereum smart contract.

Ethereum competitors 2022 and NEW PROJECTS ON THE HORIZON

Although we have seen many cryptos advance in recent years, none of them we can yet classify as the ethereum Killer, although many are getting closer technologically due to the undisputed advantage of having learned and improved on the vulnerabilities of those who came before, improving and solving the problems described above.

ADA uses the PoS algorithm a dual-layer system, which allows for fast transactions and very low fees, Cardano is so far smart-contract ready thanks to the latest Fork that will allow various App platforms to be launched even allowing for ERC20 token conversion, which means users will be able to migrate from Ethereum to Cardano, with no problems.

The release plan is (Alonzo) a multi-step process (at least five), not yet fully implemented on the network.

Cardano recently announced MAMBA, a two-way bridge that would allow tokens and other digital assets from one chain to be used in another and return the results to the original chain.

And this would indeed sound like a major revolution.

MAMBA is expected to go into effect this month or in April of this year and is expected to effectively act on the increased network traffic caused by these developments during 2022.

NEAR uses a type of proof-of-stake (PoS) consensus algorithm known as Thresholded Proof-of-Stake, which can support any language compiled in WebAssembly, which today includes Java, Go, Rust and others, although Rust is the preferred language for NEAR programmers to code in for greater flexibility in creating their applications.

“Thresholded Proof of Stake” is specifically designed to be both deterministic and broadly fair so as not to incentivize pooling of large validators and to encourage broad node participation.

NEAR’s idea is OpenWeb , a particular type of WEB, completely decentralized, which provides for the transfer of any value, without authorisation for all financial assets, ranging from DeFi, to tokenization of everything that can and will have value.

Obviously to achieve this level of scale, NEAR is working towards a blockchain capable of handling huge volumes of transactions, quickly and above all at low cost.

NEAR can already be used to execute smart contracts, but it is also compatible with Ethereum Virtual Machine (EVM) and allows Ethereum developers to easily transfer applications, thanks to the smart contract on NEAR’s main network, called Aurora.

Takamaka is a Blockchain that features a PoS consensus algorithm, it is entirely Open Source project, developed in Java, the only programming language needed to interact with the Blockchain and create contracts.

Hotmoka is the framework for Takamaka nodes, whose long-term goal is to unify the programming model for blockchain and Internet of Things, Hotmoka in fact can be installed on any node, and execute Java code even remotely and thanks to the iERC721 interface import in blockchain Takamaka the Ethereum ERC20/721 contracts.

Takamaka has fast transactions and two coins of which one is stable, not algorithmic (TKR), anchored to the value of the dollar, with which you can pay transactions and SC’s and Upload digital files (text, video, audio, music) on the Blockchain that supports up to several megs of transfer (even from Wallet).

The block signing algorithm is already qTesla and this makes Takamaka the first completely Quantum Safe Blockchain, a real exception in the current and crowded crypto landscape.