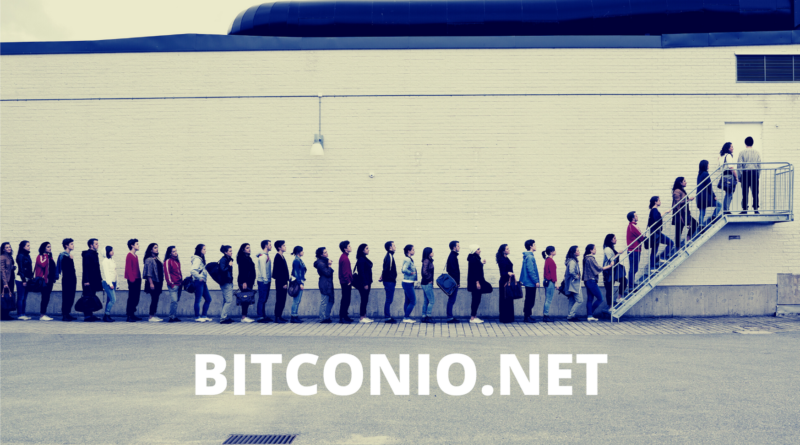 From mid-February to the end of March, overall bitcoin capitalization contracted by nearly 37%, so did the entire crypto market, as documented by the performance of Marcketcap.

Although the Bitcoin and crypto market slowed down, stablecoin capitalization figures continued to rise, with significant growth of all the crypto stable pegged to the dollar, Tether in particular. 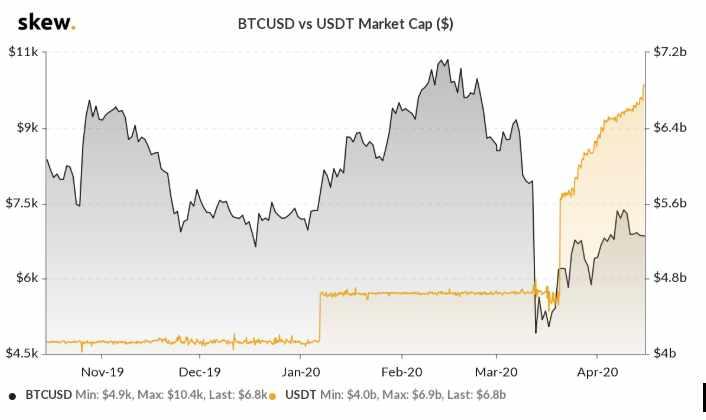 Not only did Tether, with an overwhelming increase in the Cap, see significant growth, bringing it close to $7.24 billion (today’s quote) and becoming the 4′ crypto of the market, but other Stablecoins such as USDC and PAX in March, outperformed the BTC / EUR and BTC / KRW trading markets.

THE WORLD IS LOOKING FOR DOLLARS

The economic crisis triggered by the COVID-19, has led to a strong worldwide demand for dollars, partly met by crypto-dollars, capable of responding to much of this repressed demand.

Thanks to the stablecoins this interest became even more evident when the value of most tokens collapsed.

The history of the stablecoins, mostly pegged to the digital dollar, globally accessible and crisis resistant, is a self-supporting argument because they are disintermediate, easy to transfer and spend, increasingly interesting and competitive for the global market and above all stable!

In countries where inflation is fierce, the choice to give up local currencies in favor of stablecoins hooked to dollars, all or most developed on Ethereum networks, would be a profoundly significant and partly ironic turn of fate for the crypto world, which instead had staked everything on bitcoin.

So the stablecoins, in a world constantly looking for dollars, become an exponentially growing access to capital and liquidity, not only because censor-resistant, but especially because they are free from the risk of volatility and foreclosure.

THE POSITION OF CENTRAL BANKS

Although the situation is encouraging, and the stablecoin market seems to be imagining a real wave of global dollarisation, it seems to be the central banks themselves that are pushing for regulation, particularly for privately issued and decentralised centralised stablecoins.

The pretext is the potential risks that the stablecoins entail or could entail for global financial stability and in this direction the Financial Stability Board (FSB) has expressed itself in this direction, which in ten key points makes as many high-level recommendations, addressed precisely to central banks and G20 authorities.

In this document, it is suggested that a serious and concrete phase of regulation of centralised, privately issued global stablecoins should begin, and considers a possible ban on decentralised ones.

If the commitment by central banks were to be confirmed, the impact on the crypto world would be devastating, most likely the whole sector would be penalised and not just the stable crypto sector.

Imagine the exchange industry trading more than half of the daily volumes of the BTC/USD pair, if the indications were confirmed, it could happen that the only banks authorized to trade on the crypto market would be the banks with currencies supported by Fiat… and maybe digital!