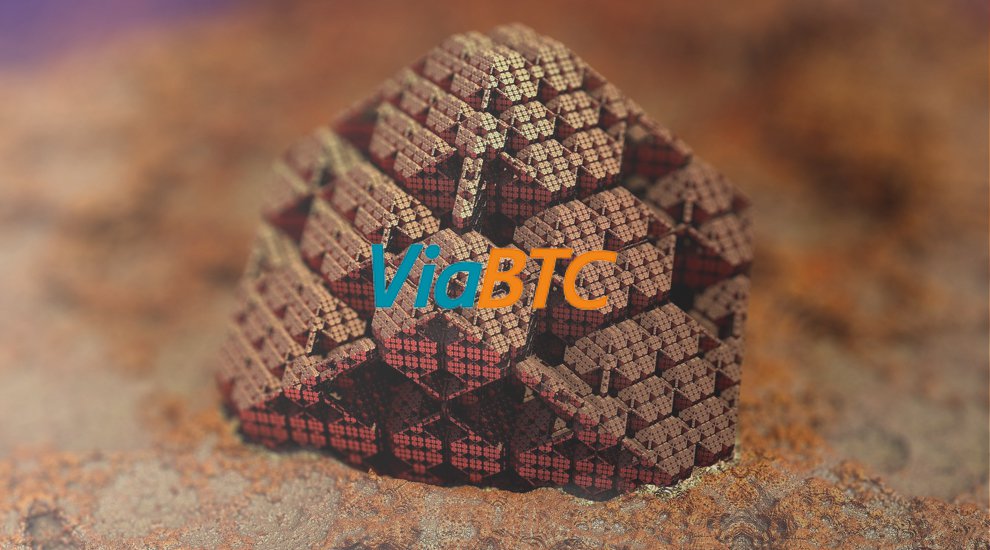 Roughly two weeks ago, ViaBTC, a relatively new bitcoin mining pool that launched earlier this summer, garnered some attention on social media due to the announcement that they’re currently testing Bitcoin Unlimited, which is a software client that allows users to signal support for hard fork induced changes to Bitcoin’s block size limit.

Although the mining pool was only launched this summer, it has already gained enough hash rate to become the fifth largest pool. Bitcoin Magazine recently reached out to ViaBTC CEO and founder Haiyang to find out more about this relatively unknown player in the bitcoin mining space.

The history of ViaBTC has been described in a post on the mining pool’s Medium blog. To summarize, Haiyang left Tencent to start a mining pool and found an investor to help with the project on Chinese-language Bitcoin forum 8btc.

According to Haiyang, ViaBTC’s early investor resources account for a large portion of the mining pool’s hash rate. “ViaBTC mining pool had an investor at its early stage, who provided us with the startup capital and hash rate, but didn’t take part in the decision-making and operating of the mining pool,” he told Bitcoin Magazine. “Currently, approximately one third of the hash rate is from our investor, and the rest from our customers.”

Haiyang added that the mining pool mainly uses the Ant Miner S7, but they also use the Avalon 6, though less frequently.

In addition to their sizeable share of the network hash rate, ViaBTC has also gained some notoriety due to their stance on the Bitcoin block size debate. On Twitter, the mining pool noted, “We are No. 5 Bitcoin mining pool, running Bitcoin Core currently, interested in big [blocks].”

While other major mining pools have made an agreement to not run alternative software clients, ViaBTC has no such arrangement. “I have communicated with some [Bitcoin Core contributors], but no formal communication or agreement has been made,” said Haiyang.

Haiyang also made ViaBTC’s support for an increase in the block size limit very clear. “I support bigger blocks,” he said. “Obviously, the current 1MB block size restricts the development of Bitcoin. By increasing the block size limit and scaling Bitcoin, Bitcoin itself can be kept simple and pure, and the introduction of excessive complexity can be avoided.”

In the past, some have criticized Bitcoin Core contributors’ preference for implementing Segregated Witness via a soft fork due to the perceived complexity involved with the code involved in making these improvements. Various Bitcoin Core contributors have countered this claim by stating protocol changes via hard forks may be more complex due to the need to move users over to a completely separate blockchain.

Although ViaBTC would like to see an increase in the block size limit, Haiyang does not see Bitcoin Classic’s BIP 109 implementation as the proper solution. “I think that it’s too shortsighted for Bitcoin Classic to scale the block to 2MB at one time, and it’ll be faced with the current problems in the near future,” he said. “We need some mechanism to dynamically adjust the block size limit. Hence, in my view, Bitcoin Unlimited’s protocol is more appropriate at the current stage.”

In terms of a threshold for activating a hard fork on the Bitcoin network, Haiyang believes something similar to the 75percent  activation threshold outlined in BIP 109 would be appropriate. “I agree that 75 percent  or a slightly higher 80 percent  is the suitable threshold, since no Bitcoin mining pool has a hash rate proportion of over 20 percent  at present,” he said. “If the threshold gets too high, then some Bitcoin mining pool supporting the scaling or not will become a decisive factor; it goes against the idea of Bitcoin decentration. On the other hand, if the threshold gets too low, and no consensus was reached by the majority of people on the Bitcoin network, bifurcation will increase the Bitcoin scaling failure risk.”

Bifurcation is what took place after Ethereum’s recent attempt at hard forking their network. Over 75 percent  of mining power had signaled at least implicit support of the hard fork before it was activated.

Bitcoin Unlimited was recently criticized by Bitcoin Core contributor and Blockstream CTO Greg Maxwell. Essentially, Bitcoin Unlimited signals support for BIP 109 by default but does not actually support the full set of rules outlined in the Bitcoin Improvement Proposal. This had the effect of forking Bitcoin Classic nodes off from the testnet.

Bitcoin Unlimited developer Andrew Stone responded to this criticism in a blog post.

“About over a month ago, I did observe the hard fork on the Bitcoin Testnet, but I was busy with other affairs then,” said Haiyang when asked for his thoughts on the incident. “I didn’t investigate the specific causes. It should be irrelevant to the fact that we are testing Bitcoin Unlimited.”

The post An Interview With ViaBTC, the New Bitcoin Mining Pool on the Blockchain appeared first on Bitcoin Magazine.